“Love, I discovered, is being still enough to feel all that is going on inside of you and then learning how to acknowledge and accept what you feel.”

Iyanla Vanzant, In The Meantime

What a relief! To hear someone finally say that I hadn’t been crazy my entire life for thinking my mother had some type of mental illness. Yesterday, I was finally validated and assured that it wasn’t me — it was my mother.

For as long as I can remember, my mother has always been inconsistent with her behavior. She was very physically abusive when I was a child as well mentally and emotionally. Although the physical abuse has subsided I still have many triggers and emotional upsets It doesn’t help that I still live with her (yikes!)

I moved back in at the age of 26 last year and have been living there a full year. I’m trying to get my life on track financially so that I can move on and do bigger and better things. My dad lives with us as well – he’s a God send. If it weren’t for my dad, I swear I’d be in an insane asylum. He’s my rock. Unfortunately, he’s also the target for many of my mother’s demands and mood swings. That’s a whole other ball of wax.

I’m hoping that by attending therapy regularly, learning more about BDP and interacting with a support group will help my feelings of deep inadequacy and emotional instability be replaced by feelings of empowerment.

Do you anyone living with BPD? If so, how do you cope?

As some of you may have read from previous entries, the past six months have been quite the journey. I left my city, an abusive relationship and an extremely stressful job and moved back in with my parents. I was in the midst of a physical, emotional and mental breakdown.

The day I made the decision to leave it all behind was the first step. Then came the loneliness in dealing with the steps that followed. I may or may not have called Dr. Laura on her XM Channel for advice — God, I was desperate.

In the last six months, I have experienced highs and lows like never before. It has been years since I’d let myself have a good cry and boy, did it last! I had those deep, wailing cries where you literally feel like you’re brain might explode. Those cries where your mind thinks of every moment that has led up to that cry. You remember all of your failed relationships, the times when you were rejected, when someone told you that you weren’t good enough, or the time when your best friend told you that couldn’t bring your girlfriend to her wedding due to religious reasons (yeah, that happened and it still hurt). That type of cry.

Now eventually the wailing subsided and I was no longer crying alongside the car next to me in Monday morning traffic (you wouldn’t believe how many times this has happened). The tears stopped (kinda) and I believed I had reached a point of peace. I believed that all of my prayers, crying, pleading, and promises to be better a person and to do better for myself had paid off. Wrong.

What happened next and what continues to happen is a great tug-of-war in my mind. There is a fight in my brain that is constantly trying to figure out where I am headed next now that I have this newfound sense of enlightenment. I find myself stuck between keeping a devout spiritual path and fearing that I may revert back to my old ways if I don’t. I don’t really trust myself to fly on my own, to let myself make my own decisions. There’s a lot of self doubt and guilt when I realized that my life had hit a wall and I was a big part of it. Because I always had a choice — always. And I chose to ignore my inner voice.

And here I am, the survivor of an awful situation, someone who has allowed herself to feel the pain of years past and who is looking forward to the future and desperately trying to remind herself to live in the present.

I have to remember to trust that I know better because I have lived through it and have dealt with the root of the issue. And to take each day at a time. I have to choose happiness each day and to remember what I’ve learned so I don’t have to repeat the same lesson. Healing is not black and white and if you find yourself in the midst of a healing or spiritual journey don’t be so hard on yourself. If no one gets your journey it is ok. It’s not theirs — it’s yours. You’ll come into your own at your own time.

“Happiness is not something ready made. It comes from your own actions.” ― Dalai Lama

So many of us invest a fortune making ourselves look good to the world, yet inside we are falling apart. It’s time to invest on the inside.

I’ve noticed as I speak out about my spiritual journey many friends don’t know how to respond — they nonchalantly say things like, ‘that’s great’ or ‘good for you’. Sometimes it seems like they’re not paying attention but I’ve begun to realize maybe they just can’t relate.

I can’t expect everyone to relate to my journey or assume everyone is okay with speaking about feelings and emotions so openly and freely as I do. It can be uncomfortable for some and I have to be more conscientious. But what do you do? Who do you turn to? 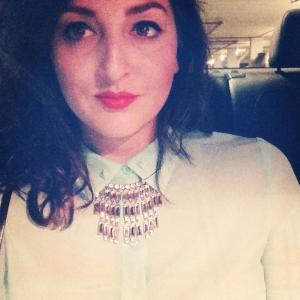 Me and My Truth

You turn to you. Because you are your truth and if anyone asks or wants to be enlightened by your truth they will ask. In the meantime, I will keep Iyanla’s words close to my heart, “Don’t be minding other people’s spiritual business. Stay in your car. In your lane. On your road. In your world.”

-Byron Katie, Loving What Is: Four Questions That Can Change Your Life

“You are the priority in your life and how you love you, how you see you, how you treat you is going to set the stage and issue the invitation that will draw other people in to love you.”

Be happy for no reason, like a child. If you are happy for a reason, you’re in trouble, because that reason can be taken from you.

-A Course in Miracles

I have learned to look at my life as an observer. I stand back, look at what happened, and focus my attention on the place where the wound was inflicted. I do not look at who inflicted the wound or how it was inflicted. That it was inflicted is the essence of healing. Find what your wound is, where the wound is being played out in your life, and heal it. Only by doing the work on ourselves that is required to heal mental, emotional, and psychological wounds can we ever hope to be whole in our spirits. I chose to do the healing work because I didn’t want to be mad anymore. I didn’t want to cry anymore. I wanted to heal so that I would have something to celebrate — myself.